Fish the MidAtlantic and White Marlin Open From Canyon Club and Enjoy Complimentary Dockage the Week Between Both Events! 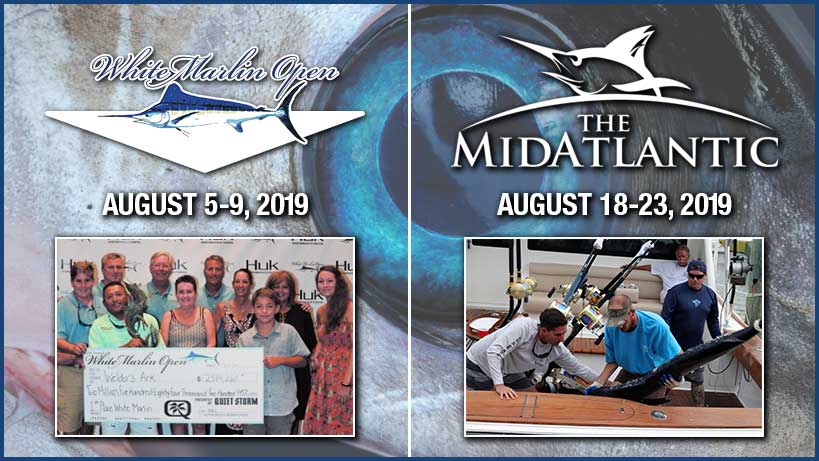 Fish the MidAtlantic and White Marlin Open From Canyon Club and Enjoy Complimentary Dockage the Week Between Both Events!

August is traditionally the height of the marlin tournament season along the mid-Atlantic coast and two of the biggest and most popular events take place during the month. This year the White Marlin Open is set for August 5-9 while the MidAtlantic will be contested August 18-23. Cape May has once again been designated as an official satellite port for the White Marlin Open and since many tournament teams enter both events Canyon Club Resort Marina in Cape May has a very special offer for tournament participants. Reserve a slip for both events and receive complimentary dockage for the week in between! That’s right! Here’s an opportunity to save up to 33% on your transient dockage bill! Additionally, for your convenience you can enter and register for the White Marlin Open as well as pay all last minute calcutta entries in Cape May and avoid the tournament rush in Ocean City. You’ll be right near the bite during what is unquestionably the richest two weeks in sportfishing in the world! You’ll also be a short bike or courtesy van ride to downtown Cape May, The Nation’s Oldest Seaside Resort. Spend tournament Lay Days and the week between the White Marlin Open and MidAtlantic with family, guests and friends shopping, visiting historical sites, lounging on the beach and dining at some of the Garden State’s best restaurants which feature award winning chefs and a wide range of cuisine.

The MidAtlantic and White Marlin Open are “bucket list” tournaments for many and it’s easy to see why. Last year these two events paid out a mind boggling combined purse of well over $8.8 million dollars to lucky winners! You don’t need to be a seasoned tournament professional to cash in on a big payday either. All it takes is one bite from a big marlin or tuna to score a lottery-like payday! Added entry levels in both tournaments allow participants to increase their chances of a large payout. Optional to enter, these calcuttas as they are known in sportfishing circles, have a range of fees and participants can enter any, all or none based on their confidence level and budget. Worthy of note is historically many of the big money payouts in both events have gone to crews that only fish a few tournaments each year. Some have even won big money catching their first marlin or while fishing in their first tournament!